Harvard Graduate School of Education News: From the Classroom to the Campaign Trail
Press Releases

“Dilara’s got passion, she’s got insight. She is the only candidate that is really dealing with the issues…and has risen above the fray. She’s shown what real, true, political leadership is all about.” 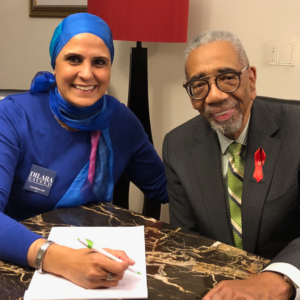 “Dilara’s background as an educator and community activist makes her the kind of public servant Illinois needs in the General Assembly.”

“I am proud to stand beside and endorse Dilara Sayeed for State Representative.  Dilara will be a fighter for change and a beacon of hope for communities which have been underserved.”

“I’m proud to endorse Dilara Sayeed in her race for state representative,” said Guzzardi. “The challenges facing our city and state are real, from economic inequality to educational opportunities to community safety. We’ll need fighters like Dilara who have the courage and integrity to challenge the status quo, stand up to Bruce Rauner, and fight for all of us. I’m eager to have her join us in Springfield.” 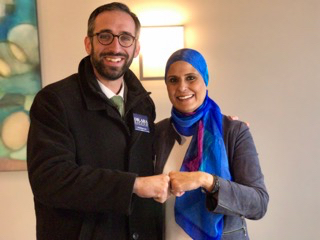 ““With the problems our schools face today, we need someone with her background fighting for us so every parent, regardless of where they live, can send their children to a safe and welcoming school with a well-trained teacher who can help them reach their potential. Dilara believes, as I do, that strong, well-resourced public schools are a crucial anchor of a strong and safe community.”

“I am pleased to add my voice in support of Dilara Sayeed for State Representative. In these times, it is particularly important that we encourage people of competence and quality to take up  public service. Dilara has stepped forward to offer her considerable skills and capacity to the people of the 5th District and Illinois.  I not only applaud her, but endorse her effort.  I hope you choose to vote for her.”

“Sayeed has a solid grasp of the problems the state faces.”

Sayeed has “a progressive agenda and policy smarts” and is “running her campaign without the help of the House Democratic machine.”

“On behalf of Sierra Club Illinois Chapter’s 100,000 members and supporters, I am proud to announce our endorsement of Dilara Sayeed for State House in the 5th District. Dilara knows that leadership from Illinois in protecting our environment is critical for the future we provide for our children and the health of our economy.”

“During her candidate interview, Dilara expressed a strong commitment to funding K-12 education as well a promise to invest in higher education. She supports labor on the need to protect collective bargaining rights and would vote to enact a progressive income tax that matches our goals for public education in Illinois.”

“Given the hateful rhetoric and dangerous policies that have drastically targeted the rights of women and minorities, it has never been more important to have women of color at the table to be a part of solving the challenging issues we face. Dilara has the experience and work ethic to be the progressive voice that the people in the 5th District deserve.”

“The Illinois Nurses Association proudly endorses Dilara Sayeed. She is a proven leader and educator who stands strong on the issues important to nurses, like stopping workplace violence against nurses and supporting legislation to ensure patient safety. She shares the INA’s core values of creating an environment where nurses are empowered to provide the best patient care possible. Her impressive credentials and education, along with her inspiring vision, make her an excellent choice for office.”

“The Illinois NOW Political Action Committee is pleased to endorse Dilara Sayeed, Democrat, for the 5th Illinois Representative District. As a passionate advocate for women and minorities, including her past work with local women’s organizations, we are confident that Dilara will be a strong supporter of women’s rights, equality, and justice.”

“Change is not always easy but is often required for meaningful transformation to take place. Dilara Sayeed is the ‘change’ that we need in Illinois’ 5th district.  She is smart, hardworking, caring and passionate about improving how we live and work in the 5th District.  I encourage you all to vote for Dilara on March 20th to effect the change that we need and deserve in this city.”